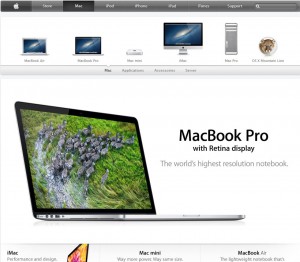 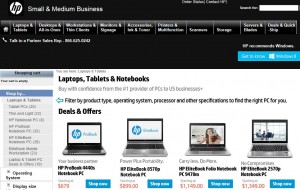 So I need service pack 1 for Windows Server 2008 R2, and what better place to find it than by doing a search on Microsoft’s download site (http://www.microsoft.com/downloads)?

Okay, maybe Google will be able to dig up this difficult to find file, which I guess is stored on a thrid party site or something:

This story detailing Microsoft’s purchase of Nortel’s IPv4 address blocks has a quote that sums up the IPv4 shortage issue:

The Regional Internet Registries, which allocate IP addresses, do not typically view IP as an asset that can be bought and sold. There are processes being developed for assignees to return unused IPv4 to the free pool, for the good of the internet community.

IPv6 is being billed as the cure-all, but unfortunately there is as of yet far too much legacy technology out there to make discarding IPv4 worthwhile. This has led to a shortage of IPv4 addresses, however, if there was a market available where people could buy or sell the IPv4 blocks that they own it would bring added IPv4 capacity to the market.  Even if fully implemented, IPv6’s vast address space merely covers up for the incompetence of the RIR’s management of the address blocks and doesn’t actually address any fundamental flaws in IPv4 (while arguably, creating whole new undesirable issues).

As an example, at my current location we have a whole class C address block (~253 usable addresses) that we acquired back in the day when one would call and request a number of addresses and the IPv4 addresses were handed over with very few questions asked.  Most companies this size get by with one to five addresses using PAT and whatnot, but I have the advantage of running an ultra-inefficient Internet setup with huge swaths of dynamic NAT pools, static addresses to equipment that I might need once a year, and a honeypot sitting on top of well over 150 of the remaining addresses.  For a price which would justify a move to a more efficient setup under an ISP address block we might be willing to part with them, otherwise there’s no cost justification in having to make the changes.

Due to the existence of large ‘dark IP address blocks’, the current lack of true ownership and transferability of these blocks has led to a shortage of those that can be used, and an Internet ‘slum’ where hackers can hang out in address pools that have gone fallow.  There is no real shortage, only a ‘commons’ that has been improperly managed.

Back when I was first interested in pursuing a career in computers in the early to mid-nineties, the consensus on staffing an IT department was that it was much cheaper to outsource, or in other words, hire in contractors to fill your staffing needs on demand.  Not to be outdone, many a corporate accounting department canned their IT department, though usually by transferring them to the payroll of a contracting firm and paying significantly more per hour to have them on staff.

Over time the consensus on that mindset shifted.  Since I worked for a contracting firm when I first started out it was easy to see why: any work performed by computer consultants that is in the best interest of the company hosting them is strictly a coincidence.  With the IT staff concerns unmoored from those of the company indirectly paying their salaries, companies found that they weren’t really saving all that much money, especially when the product which was delivered was factored into the equation.

With Y2K consultant extortion still fresh in the minds of management, a different mindset came about in the post dotcom bust when IT pay rates came down and in-house staffing became more attractive.  The idea behind this strategy was that IT would be a driver for the business.  IT in this situation wouldn’t just be a mindless socket in the wall from which other departments would draw resources, but would be a partner in implementing new ideas of different business units and indeed, would be a driver for new ideas themselves.  This has a great deal of appeal to me since it makes sense that if a business has their own internal IT resources, they should justifiably expect that those people would be intimately familiar with how the business operates and that they should be able to apply technological efficiencies to everyday issues encountered within the business.  In other words, IT wouldn’t be about just fielding helpdesk calls, it would be about meeting with department heads and employees to find out their operations in order to make sure that IT isn’t an impedance, or IT could offer solutions to problems that are encountered in the differing department’s day-to-day jobs.

That strategy seemed to stick for a bit until the great recession bit in and businesses found that, although they valued IT, they were rather broke and the quality mattered less and less.  This ‘great cheapening’ didn’t only affect IT, but many IT services are distinctly sensitive to it since they can be easily farmed out beyond the geographical boundaries from where the service is required.  Which brings up the issue of the ‘cloud’.